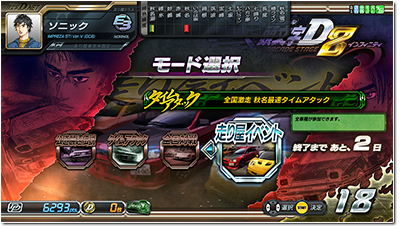 This is the mode that held for a limited time and compete for ranking in that period.
Scale, format, course and models are held different by each "Racer Event".
Show your daily work out of race skill then aim the Ranking in and Prize! 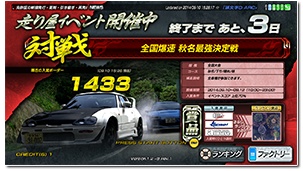 Information of event schedules and currently running events are available to be confirmed in cabinet display during loading time, Initial D.NET, and official web page.

"Drift Contest " is added in the event select in which previously there are only Time Attack and Online Battle. 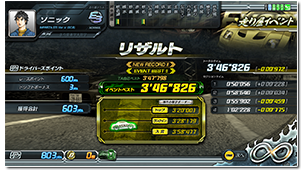 Time attack in the course / route that has been decided.
Compete best time ""Event Best" within the period of "Racer event". 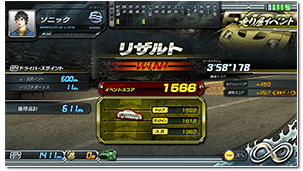 Online Battle play on the course that has been decided.
Competing on "Event Score" which is the total of "Win/Lose Score"; counted based on result on race, and "Section Score"; counted as player pass sections before opponent. 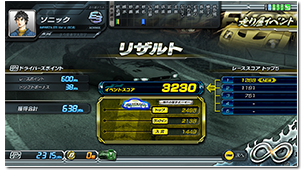 Performed out in the course / route that has been decided.
Score is counted as player drift at particular corner, and total of them are counted up as "Race Score" after running out whole course.
Compete the "Event score" which sum of the top five of "Race score".

Compete for ranking in the Asian region and Japan.

Compete for ranking in each Area.

* Area for Area Tournament is based on the information which is registered when Initial D License is issued.

• Prize and Ranking in 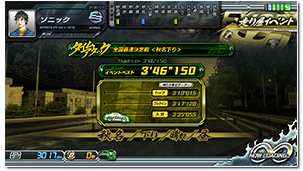 Enter the higher time and score in the "Race events" and if better than "Prize Border", you win prize.
In addition, you will be ranked in, if exceeds the "Ranking in Border".
Measure score of "Prize Border" and "Ranking Border" will be displayed on screen of cabinet and Initial D.NET.
The Border time and score change every hour. Let's exceed the record!

* The prize winning ratio is deferent in each event.

The result will be announced in Initial D.NET after next day of close "Race events".
Player receive the final result of "Racer event" by playing Initial D with "Initial D driver license" which is used for the event.
If player get the prize or be ranked in, it is available to see it in "Play Date" of "Initial D Factory". 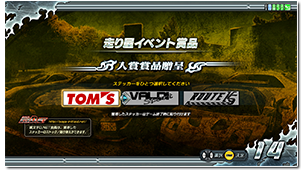 You can get "Event Sticker" when you win.
You can put up to four pcs of "Event sticker". 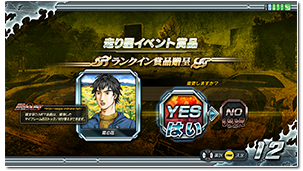 When you rank in..

You can also get "My Frame" in addition to "Event sticker". 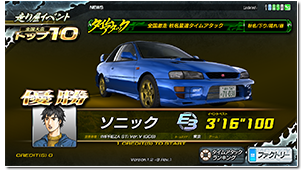 When you rank in Top 10, it will be displayed in the demo screen on the cabinet. 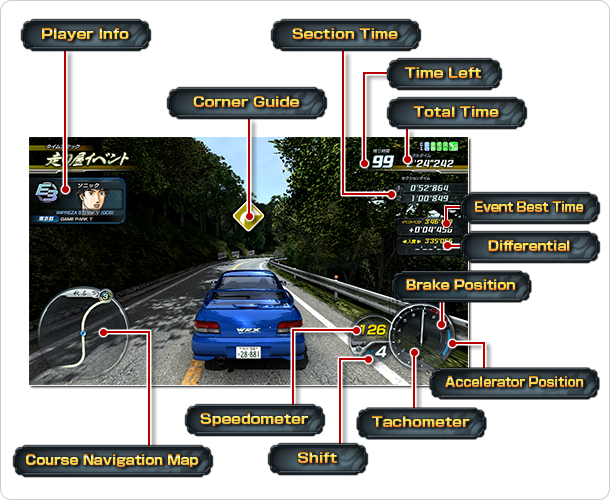 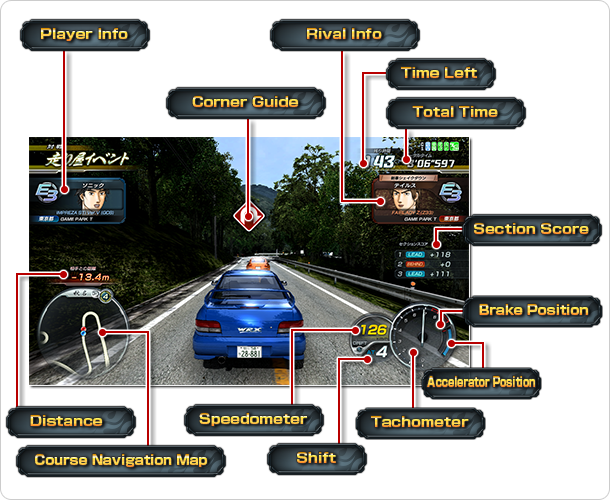 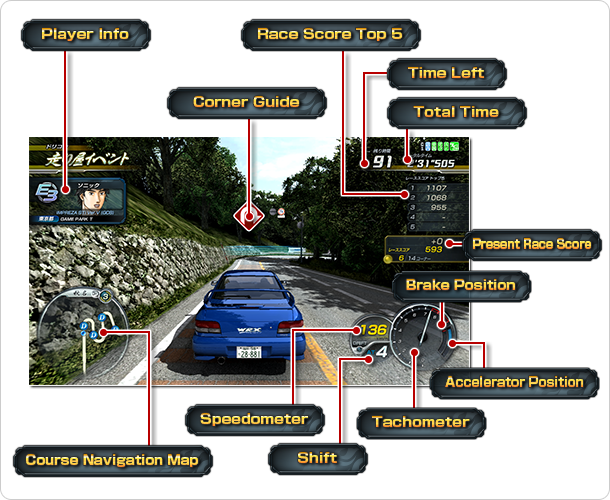