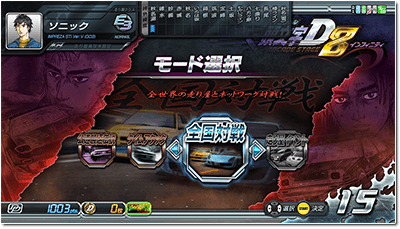 This is mode that race against player who play at other Arcade centers where communication competition in real time on a one-to-one basis.

Not only Japan, players in the ASIA region also can play in real time on a global scale!

• Decision of the opponent (Matching) 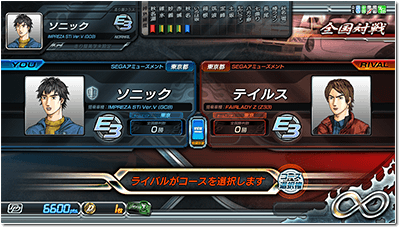 By result of Online Battle, "Racer Class" is gradually promoted to the E3 -> E2 -> E1 -> D3 ->..., that classified in accordance with the ability for players.
Opponent of "Online Battle" is selected according to ability based on Racer class.

• Acquisition of My Character parts

You can earn "My Character parts" by "Online Battle" too! 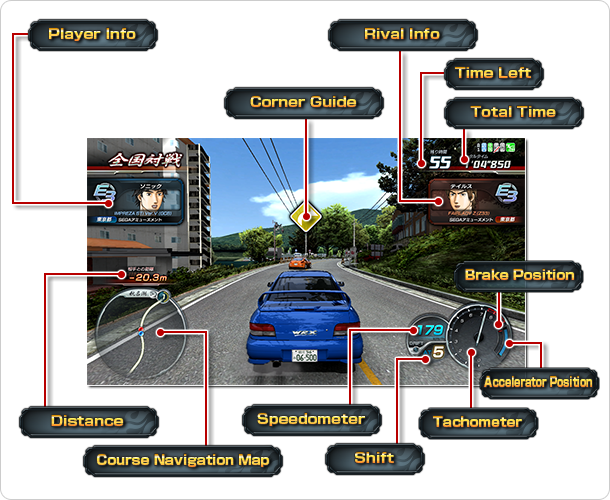