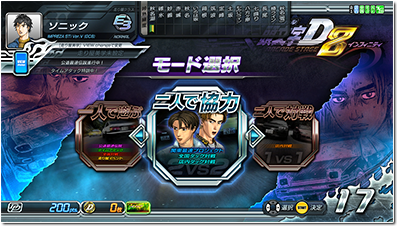 This is a race battle of two pairs of two to share the role as "Downhill" and "Hillclimb" is teamed with two people and the people who play in the same game room, play against the combined forces. 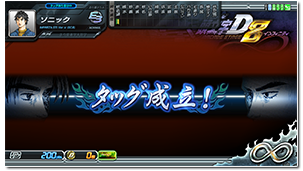 Select "2 Players(Tag)" in pair of 2 cabinets and the Tag can be formed.
In consultation with two people to decide either in charge of "Downhill" or "Hillclimb"!

* You can check the icon at the top right of the game screen which cabinets are paired.
Pair cabinets will display same alphabet with each other. (Ex; A1 and A2 is pair, B1 and B2 is a pair, ‥)
Cabinets are not paired when there is no alphabet on screen. 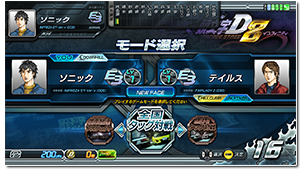 * There is some mode that can not be selected depending on the Arcade center. 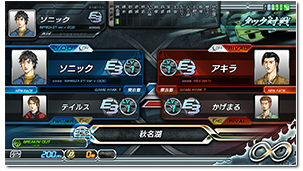 Opponent of "Online Tag Battle" are selected according to ability based on Racer class of Tag Partner and your self. 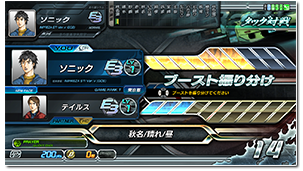 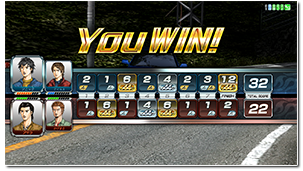 Score will be added when players pick "A (Ace) Panel" of Gold and Silver colors in the course.
Win Tag battle by higher total score than opponent!

Pick same color of "A (Ace) Panel" by tag players at same section for more bonus points.
Direct communication with Tag partner during the race and aim victory! 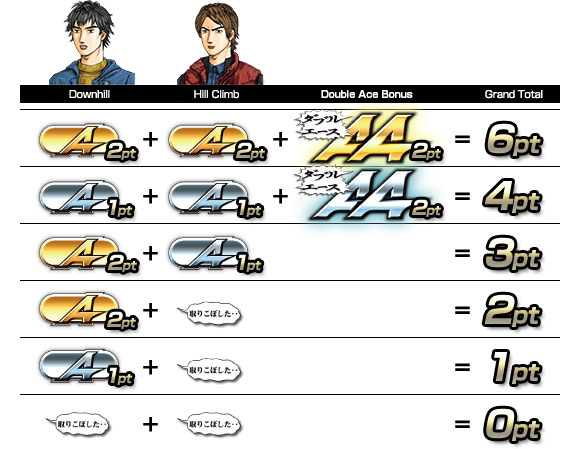 In addition, the score is doubled when pick "A (Ace) Panel" at Goal.

Finish the race run without giving up until the end! 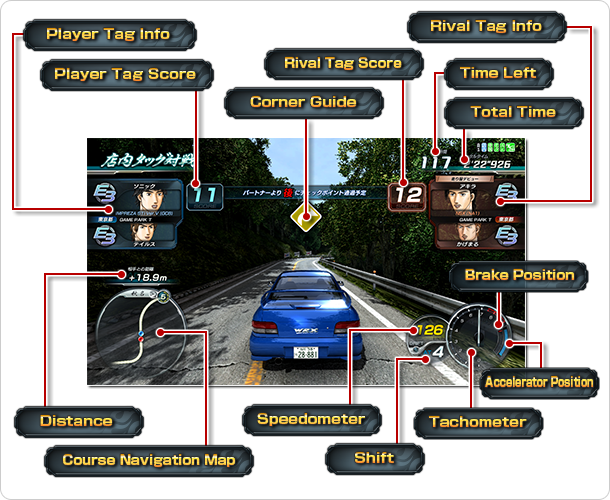