This is a Story mode that race one-on-one battle with rivals one after another who appeared in original of Initial D.
"Legend of the Street" mode is upgrade than previous version. Players become part of Racer Team of "Initial D" in story.
Enjoy the Race battle that situations just like the original story.
We recommend to beginner player that play this mode and become familiar with the driving of the car.

Also, you'll earn bonus such as "Driver's Point" and "My Character Gauge", and the item such as "Title", "Tachometer" and "Paper Cup" when you advance "Legend of the Street" mode.

In addition, there is "Driving Training curriculum" available that never get bored at one time!
Evaluation goes up as "Second-class → First-class → Top-notch" when you satisfies the condition of each stage, such as "Do not spill a glass of water!", "Do not too much turn the Steering wheel".

Reach to the First-class of all stages then hidden stage will appears! 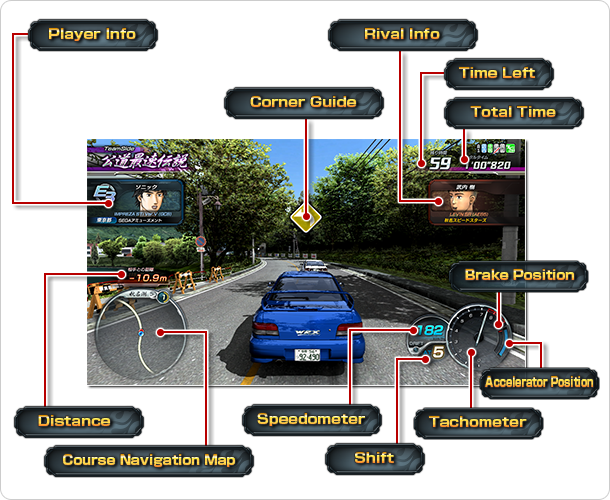